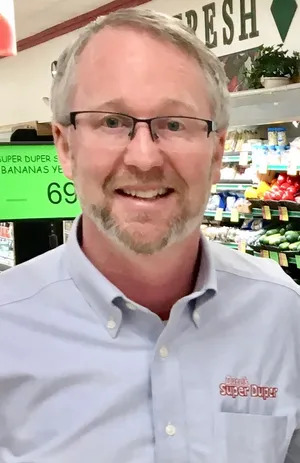 Legend has it that Mark Twain once referred to the game of golf as “a good walk spoiled.”

In recent years, there’s been spirited debate as to whether or not Twain actually invented the phrase. Some researchers claim it first appeared on the scene decades after he died, which makes it highly unlikely to have originated with one of the most oft-quoted writers in history.

Regardless of who said it first, though, the truth of these words is unassailable. Golf is without question one of the most humbling sports in existence. It’s a game that sometimes even causes the pros to rant, rave, break clubs over their knees and even toss an entire bag into the nearest body of water.

Late last week, however, one local man accomplished one of the rarest links feats imaginable ... an achievement so uncommon that it cries out to be documented on these pages.

Mike Flederbach was playing a round at Honesdale Golf Club with some of his buddies. It’s a Thursday evening ritual that goes back over a decade and attracts as many as 40 guys to the venerable course.

On this particular night, groups were few and far between. As a result, Mike found himself tooling around with Mike Motsko, Justin Manley, Josh Rowe, Jeff Tamblyn and Zach Tamblyn.

This rare “sixsome” negotiated the first four holes without incident and approached the tee box at number five oblivious to the fact that they were about to witness history.

Flederbach used a three-wood for his drive, blasting his ball down the fairway to within about 170 yards of the flag. No one paid any special attention to Mike as he pulled a six-iron out of his bag, took aim at the pin and let loose.

“I thought to myself ‘hey that’s a decent shot,’” Mike said. “I couldn’t really see where it landed, but it did look pretty good to me.”

By the time Flederbach arrived at the dance floor, everyone else had located their balls. Strangely, though, his was nowhere to be seen. Thinking it must have carried further than he originally thought, Mike began searching behind the green.

Just when he was beginning to get frustrated, Manley spotted a ball mark near the pin and suggested looking in the hole.

“There it was at the bottom of the cup,” Mike said with a smile. “I’m pretty sure they heard us yelling all the way back at the clubhouse. None of us could believe it.”

Neither could anyone else. What Flederbach had just accomplished is the rarest feat in golf. It’s called a “double eagle” and is generally defined as needing just two shots on a par five.

“It didn’t really hit me at the time,” Mike said of his historic shot. “I mean, I was happy, but the other guys were really excited, shouting and jumping around. I guess I just didn’t really get how rare it was until later on.

“We did some serious celebrating afterward,” he added with a chuckle.

According to longtime board member, former club champion and resident historian Bob Simons, double eagles are incredibly rare at HGC.

The course was established in 1900 and acted as home base for the legendary Art Wall Jr. The 1959 Masters champion held the all-time mark for holes-in-one for many years, even appearing in the Guinness Book of World Records.

Simons can’t even remember the last time anyone recorded a double eagle here, Wall included ... and, given the incredible rarity of the feat, that’s understandable.

According to officials at the National Hole-in-One Registry, the odds of a PGA Tour player carding an ace are about 3,000-to-1. Those numbers increase to 12,000-to-1 for an average golfer.

However, the odds skyrocket when considering a double eagle. The best estimate for Mike Flederbach holing out with his second shot on that par-5 is somewhere in the neighborhood of six million to one.

“It’s awesome,” Mike said. “I got a thousand messages and calls the next day at work. So many people wanting to congratulate me. It was great.”

Mike is the son of Dave and Sharon Flederbach, Honesdale. He’s a 1997 graduate of HHS who took up golf during his junior year. He is a longtime member of both Honesdale Golf Club and Glenmaura.

Editor’s Note: Interestingly enough, this year’s Players Championship which was played at historic Kiawah Island and won by 50-year-old Phil Mickleson, saw both a hole-in-one and an albatross. Ryan Moore aced the par-3 17th, while Harris English recorded his double eagle on the par-5 11th.