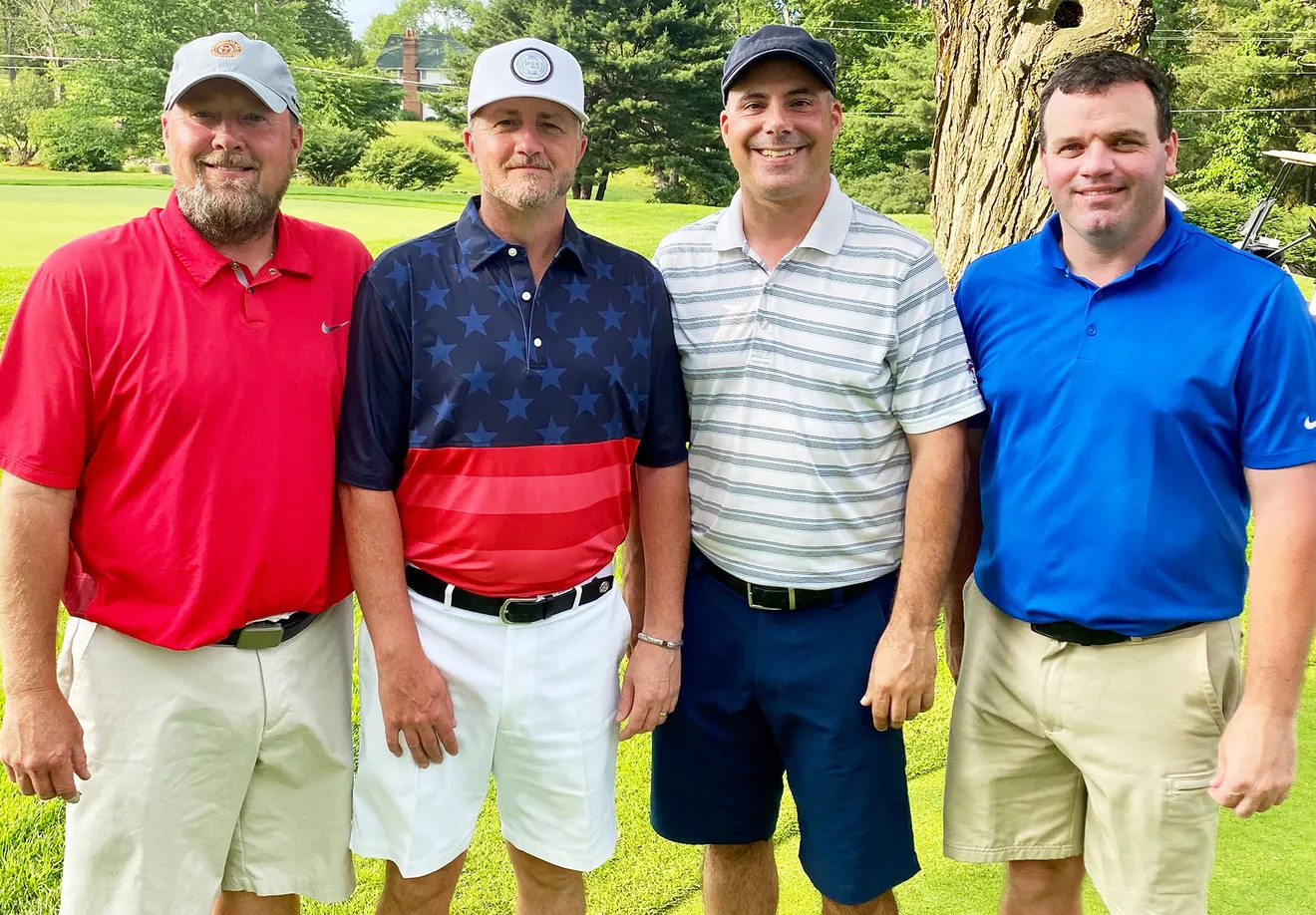 Honesdale Golf Club crowned champions at its 2021 Member-Guest Tournament on Sunday. The team of John Mikiewicz and Pat Mitchell defeated Eric Williams and Dr. Matt Haley to claim the title. Pictured here are (from left): Williams, Haley, Mikiewicz and Mitchell.

After a full year of postponements and cancellations, things are finally back to normal on the local links scene.

This past weekend, nearly 100 of the area's elite performers gathered at Honesdale Golf Club to compete in the 2021 Member-Guest tournament.

The event kicked off on Friday morning and ran through Sunday evening, treating fans to three full days of exciting action.

When the last scorecard was signed, two brand new champions had etched their names into the HGC history books.

John Mikiewicz and Pat Mitchell teamed up to defeat Eric Williams and Dr. Matt Haley to capture the 2021 crown.

“From top to bottom, this was one of the most competitive Member-Guest tournaments we've ever had,” said organizer Bob Simons. “It was nice to have such a great turnout and see things starting to get back to normal.”

Next up for the venerable links course will be the Memorial Tournament, which is scheduled for the weekend of July 11-12.

This annual event honors the memory of each HGC member who has passed away over the last year.

Eric Williams and Dr. Matt Haley have been at or near the top of the leaderboard at the Member-Guest for many years.

However, Mikiewicz and Mitchell rallied with back-to-back birdies on 15 and 16 to to seize the lead.

The two teams then matched pars on the last two holes, making the final score 1-up.

“It was a very good match,” Simons said. “For a long while there I thought it could go either way. Both teams played extremely well, but you have to tip your cap to John and Pat. They came up with the big putts when it counted.”

This marks the first Member-Guest title for the team of Mikiewicz and Mitchell. Williams and Haley finished second, while the team of Pat Lloyd and Kevin Busteed placed third with a final round score of 66.

This year's edition of the Member-Guest was divided into six flights.

A total of 88 golfers took part on an HGC course that was in beautiful condition.

“Chris Moran and his crew just do an outstanding job,” Simons said. “The fairways and greens were in immaculate shape.”

Sunday's flight winners are as follows...

Jack Rickard turned in the shot of the tournament on Saturday when he carded a double eagle.

Rickard holed out with his second shot at the par-5 fifth hole, recording what Simons believes to be the first albatross in Member-Guest history.

According to officials at the National Hole-in-One Registry, the odds of a PGA Tour player carding an ace are about 3,000-to-1. Those numbers increase to 12,000-to-1 for an average golfer.

However, the odds skyrocket when considering a double eagle. The best estimate for an average player earning an albatross is somewhere around six million to one.