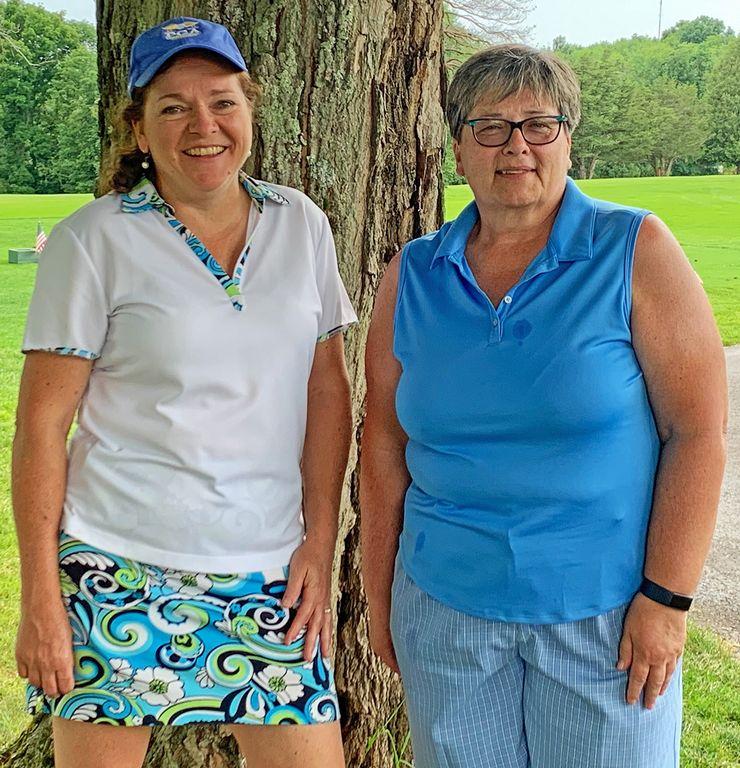 While the coronavirus pandemic continues to affect individual and team sports all around the region, the local links scene remains vibrant.

Last weekend, Honesdale Golf Club continued its exciting summer season with one of the year’s most anticipated events.

Nearly 100 golfers turned out July 10-12 to participate in the 2020 Memorial Tournament. The event was held to honor HGC members John Davis, Dick Ballou and Bob Nearing who passed away in the preceding 12 months.

According to organizer Bob Simons, this year’s edition of the tourney featured excellent golf and heartwarming camaraderie.

“Everybody had a great time,” said Wallenpaupack Area’s Hall of Fame skipper. “The weather cooperated and the course was in fantastic condition. Chris Moran and his crew did their usual outstanding job.”

Weather permitting, the next event on the HGC calendar is the Handicap Championship. Action is slated to begin Saturday morning and conclude on Sunday.

The 2020 Memorial got underway on Friday with qualifying rounds that led to the creation of four men’s flights and one ladies division.

A better-ball partners format was utilized and it soon became clear that Wayne Stephens and Jim Gardas would be the team to beat. This dynamic links duo tied for the lead after 18 holes with a sizzling score of 64.

However, the pairings of Doug and Bart Rickard, Bob Simons and Irv Williams, Ben Williams and Collin Ennis remained in the hunt throughout Day One. As Day Two wore on, though, Stephens and Gardas began separating themselves from the pack.

Wayne and Jim combined to shoot 66 on Sunday, finishing up the tourney with a stroke total of 130. That score left them five shots clear of the field and undisputed Memorial champions.

“Jimmy and Wayne played very well,” Simons said. “Things were pretty tight the first day, but then they really got hot. They made a bunch of birdies and that was it. I think it’s safe to say that putting was the difference.”

Rickard and Rickard battled their way to runner-up status, closing out their Sunday round with a 67. They were awarded sole possession of second place on a match of cards with Simons and Williams who also finished at 135.

Meanwhile, in First Flight action, the team of Pat Floyd and Jim Tressler parlayed identical rounds of 71 into a 2-shot triumph. Joe Lavenduski and Sam Siepiela went 71-73 to place second.

Don Stanton and George Garrick claimed third at 144, also on a match of cards.

Art Botjer and Ron Wychowanec emerged victorious in Second Flight competition. The HGC veterans carded rounds of 75 and 76 en route to a razor-thin win. Jim Clift and Jim Murray copped silver medals with a score of 153.

Ron Pennell and Paul Guinther ended up in third with tallies of 76 and 77.

In this year’s third and final men’s flight, the duo of Joe Adams and Joe Gardas powered their way to the top spot. They struggled to an 84 on Saturday, but bounced back with a solid 77 on Sunday. Dave Weber and Chuck Redpath took second place with a two-day total of 164.

Charlie Case and Ron Gardas rounded things out with a third place score of 166.

The Ladies Division came down to a pitched battle between two teams.

In the end, Vicky Botjer and Kathy Haser captured the crown with a score of 184. The team of Jen and Veronica Randolph earned runner-up honors at 192.

According to Simons, Honesdale Golf Club is adjusting well to this “new normal” made necessary by COVID-19.

“We had 35 teams at the Memorial and that’s as big as it’s ever been. People just want to get outside, play some golf and relax.”

Looking down the road a bit, we see that HGC is preparing to host a number of popular events. For example, this year’s Senior Member-Guest is scheduled for the weekend of August 1-2.

The tournament is open to all members 50 and over. It will employ a better-ball partners format, starting Saturday and concluding on Sunday.