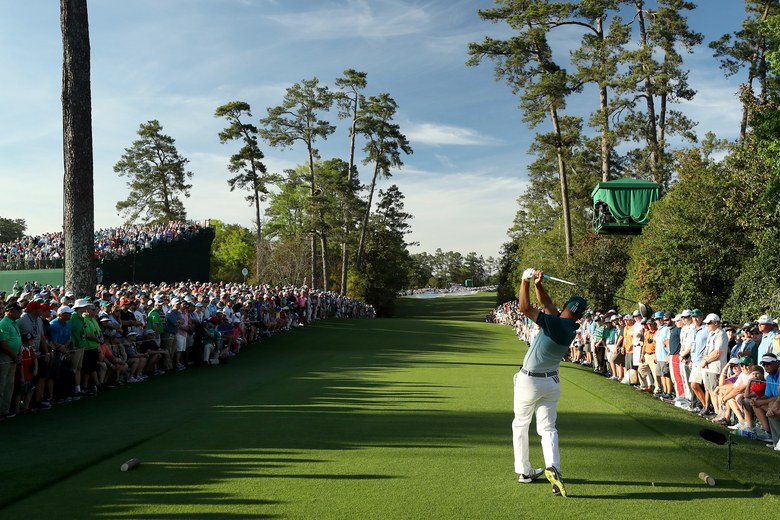 AUGUSTA, GA - APRIL 09: Sergio Garcia of Spain plays his shot from the 18th tee during the final round of the 2017 Masters Tournament at Augusta National Golf Club on April 9, 2017 in Augusta, Georgia. (Photo by David Cannon/Getty Images)

For golf fans, the phrase “it’s the most wonderful time of the year” isn’t spoken around Christmas. No, it’s every spring at Augusta National, where the 82nd edition of the Masters Tournament will take place April 5-8. The season’s first major has produced some of the more memorable finishes in the tournament’s history of late, including last year when Spain’s Sergio Garcia captured his first major title in a playoff over Justin Rose. This year should be no different, as the Masters features one of the most exciting fields in recent memory.

Here are some frequently asked questions regarding the 2018 Masters.

This year Masters begins on April 5 and ends on April 8.

Where is the Masters played?

The Masters is played each year at Augusta National Golf Club in Augusta, Ga. It’s the only one of the four men’s major championships that is played on the same course every year.

Who founded Augusta National, and who designed it?

Augusta National was founded by Bobby Jones and Clifford Roberts. The course was designed by Alister MacKenzie.

What’s the par at Augusta National, and how long is the course?

When was the first Masters played? And who won?

The first Masters was played in 1934, and Horton Smith won by two strokes with a score of four-under-par 284.

How many Masters have been played?

This year will mark the 82nd playing of the Masters.

What is the format of the Masters? How many players are in the field?

The Masters is a 72-hole stroke play event contested over four days. The field is one of the smaller ones on the PGA Tour schedule, typically featuring between 90-100 players.

How do you qualify for the Masters?

There are no qualifying tournaments for the Masters, and no alternate spots in the field. Players qualify for the Masters by invitation only, if they fulfill one of the 19 criteria, which can be found here at Masters.com. There are special exemptions, which are rarely given out. This year, Augusta National extended a special exemption to India’s Shubhankar Sharma.

How many players make the cut at the Masters?

In order to make the cut after 36 holes, players must be in the top 50 places, counting ties. Those within 10 strokes of the lead also make the cut.

What is the purse for the Masters, and how much does the winner get?

The official Masters purse is announced during Masters week. In 2017, the total purse was $11 million, with the winner receiving $1.98 million.

How much does the runner-up get?

Does the Masters winner receive anything else?

Yes, the winner receives a sterling replica of the Masters trophy, a gold medal and the club’s green jacket, which they began giving out in 1949.

Do you get a new green jacket if you win the Masters again?

No, a player that wins the Masters multiple times receives the same green jacket from his initial win, unless he needs to be refitted.

In the event of a tie at the end of 72 holes, how is the winner decided at the Masters?

If players are tied after 72 holes, the winner is decided in a sudden-death playoff, beginning at the 18th hole and going to the 10th hole if necessary. If it goes to a third hole, it would go back to the 18th. Prior to 1979, tournaments that ended in a tie were decided by an 18-hole playoff.

How many sudden-death playoffs have there been in Masters history?

There have been 11 sudden-death playoffs in Masters history, and none of them have ever advanced past two holes.

Sergio Garcia won the 2017 Masters for his first major title, defeating Justin Rose in a playoff with a birdie on the first extra hole.

Is Tiger Woods playing in the Masters this year?

Tiger Woods is expected to play in this year’s Masters for the first time since 2015, when he finished in a tie for 17th.

How many Masters has Tiger Woods won?

Tiger Woods has won the Masters four times, his last victory coming in 2005.

When did Tiger Woods win his first Masters?

Tiger Woods won his first Masters in 1997 at the age of 21. He is still the youngest player to ever win the Masters.

Who has won the most Masters?

Jack Nicklaus has won the most Masters, with six, his last coming in 1986 at the age of 46. He is remains the oldest player to ever win the Masters.

Has any player ever won back-to-back Masters?

What is the scoring record at the Masters?

What is the largest margin of victory at the Masters?

Tiger Woods’ victory in 1997 was by 12 strokes, which is the largest margin of victory in Masters history.

What’s the highest winning score of the Masters?

Has anyone ever won the Masters wire-to-wire?

Has an amateur ever won the Masters?

No, an amateur has never won the Masters.

Does the low amateur receive an award?

Yes, each year the lowest amateur to make the cut is awarded with the Silver Cup, which was first given in 1952. In 1954, they also began presenting a silver medal to the second-lowest amateur.

What’s the closest an amateur has ever come to winning the Masters?

What is the amateur scoring record at the Masters?

Who is the youngest player to ever play in the Masters?

Who broadcasts the Masters? When can you watch?

As Jan. 1 approaches, it’s time to consider what New Year’s…

The season's first major has finally arrived, and if it's as good as…

For golf fans, the phrase “it’s the most wonderful time of the year”…