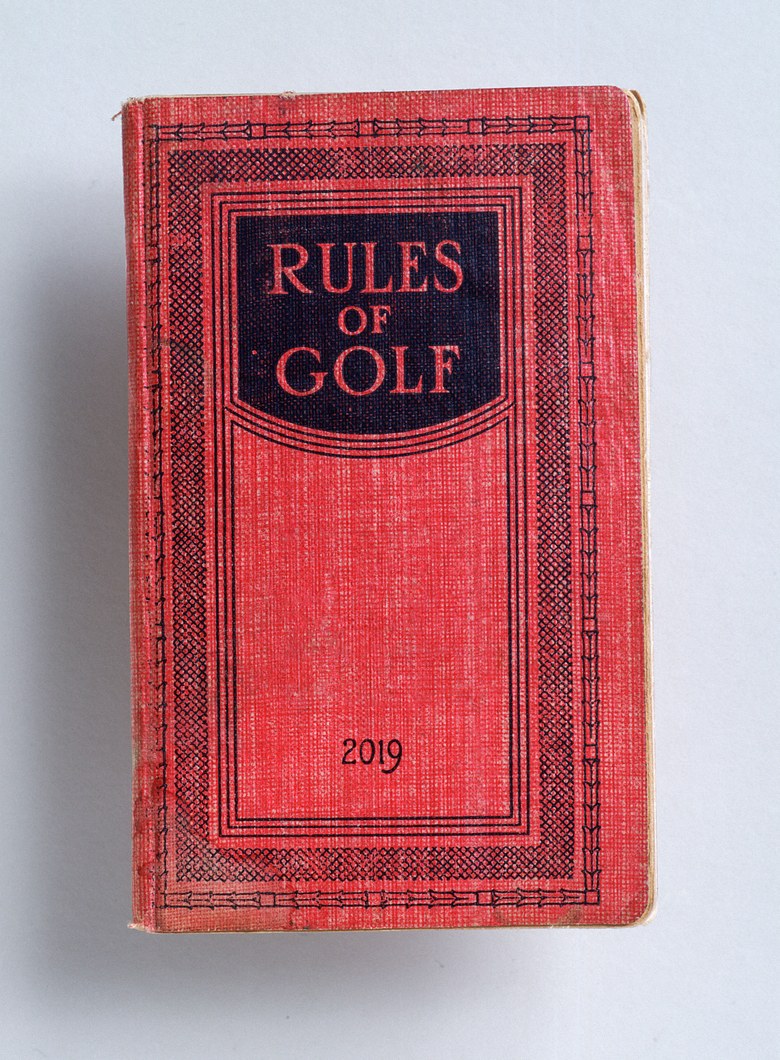 As Jan. 1 approaches, it’s time to consider what New Year’s resolutions you’ll be making to help your golf game in 2019. For those who haven’t come up with any, here’s a suggestion: Learn the Rules of Golf. (No, really learn them this time.) Perhaps you’ve tried, only to find that by February, the copy of the rules book you picked up is covered with as much dust as that Peloton you bought to get into shape. Yet here’s the thing: There’s no better time than now to give it another shot because a new, modernized version of the rules goes into effect on New Year’s Day.

In the most sweeping revision in more than 60 years, officials from the USGA and R&A, golf’s governing bodies, have reorganized the rules to make them easier to understand and apply. The number has been cut to 24 from 34, and the language simplified to make it more practical. Roughly 2 million copies of the Player’s Edition of the Rules of Golf were published and circulated this fall. If you haven’t gotten one, you can find it online at usgapublications.com, as well as with explanatory videos at usga.org/rules. The free USGA Rules of Golf app has been updated, too.

To help you keep this resolution, here are nine changes to the new rules you should know.

I. Accidents happen
The controversy over Dustin Johnson’s ball moving on the green during the final round of the 2016 U.S. Open exposed the old rules for being too harsh when it came to what many considered tickytack infractions. New language, first adopted through Local Rules since 2017, states there is no penalty if you accidentally move your ball (or ball marker) on the green. Put the ball back, and you’re good to go. The same applies if you’re searching for a lost ball and mistakenly move it.

II. The fix is in
Golfers often complained about the silliness of letting players fix a ball mark on the green, but not a spike mark. What’s the difference? With no good answer, officials now will let you fix everything without a penalty. You can also touch the line of your putt with your hand or club so long as you’re not improving it.

III. A lost cause
To improve pace of play, golfers now have just three minutes to search for a missing ball rather than five. Admit it, if you hadn’t found it in three minutes, you weren’t finding it anyway.

IV. Knee is the new shoulder
The process for dropping a ball back in play is revamped in the new rules. Instead of letting go from shoulder height, players will drop from around their knee. This is a compromise from an original proposal that would have let golfers drop from just inches above the ground. To preserve some randomness with the drop, officials went with knee height instead. Why change at all? Primarily to speed up play by increasing the chances your ball stays within the two-club-length drop area on the first try.

V. No longer a touchy subject
Hitting a ball into a water hazard (now defined as “penalty area”) should come with consequences. But golfers don’t have to be nervous about incurring an additional penalty for a minor rules breach while playing their next shot. You’re free to touch/move loose impediments and ground your club, eliminating any unnecessary worry. The only caveat: You still can’t put your club down and use it to improve the conditions for the stroke. You can remove loose impediments in bunkers, too, although touching the sand in a bunker in front of or behind the ball is still prohibited. 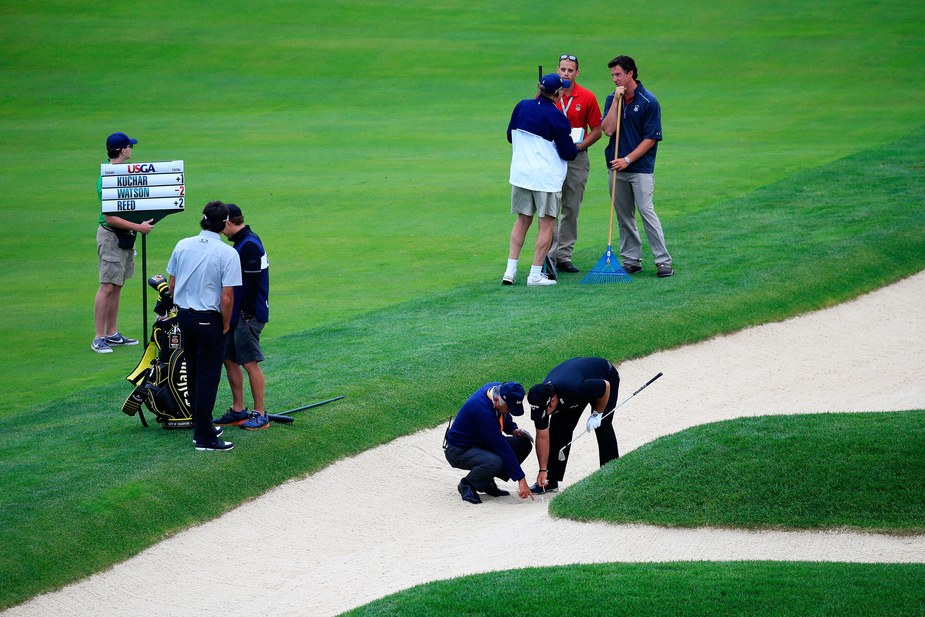 VI. Damaged goods
We all get mad on the course, and sometimes that anger is taken out on an unsuspecting driver or putter. Previously, the rules were confusing on when or if you could play a club you damaged during a round, and it led to instances where some players were disqualified for playing clubs with a shaft slightly bent or some other damage they didn’t realize the club had. Now you can play a club that has become damaged in any fashion. If you caused the damage, however, you can’t replace the club with a new one.

VII. Twice is …
OK A double hit is almost always accidental, and the outcome so random as to hardly be beneficial. So golfers are now spared the ignominy of adding a penalty for hitting a ball twice with one swing. It counts as only one stroke. Somewhere T.C. Chen is smiling.

VIII. The end of flagstick folly
Another nod to common sense eliminates a penalty for hitting a flagstick left in the hole while putting on a green. Taking out and then placing back in flagsticks can often cause undue delay in the round, and the flagstick is as likely to keep your ball out of the cup as it would help it fall in.

IX. O.B. option
Courses may implement a Local Rule (not for competition) that offers an alternative to the stroke-and-distance penalty for lost balls or shots hit out-of-bounds. A player may drop a ball anywhere between where the original ball was believed to come to rest (or went out-of-bounds) and just into the edge of the fairway, but no nearer the hole. The golfer takes a two-stroke penalty and plays on instead of returning to the tee. This way, the Local Rule mimics your score if you had played a decent provisional ball. 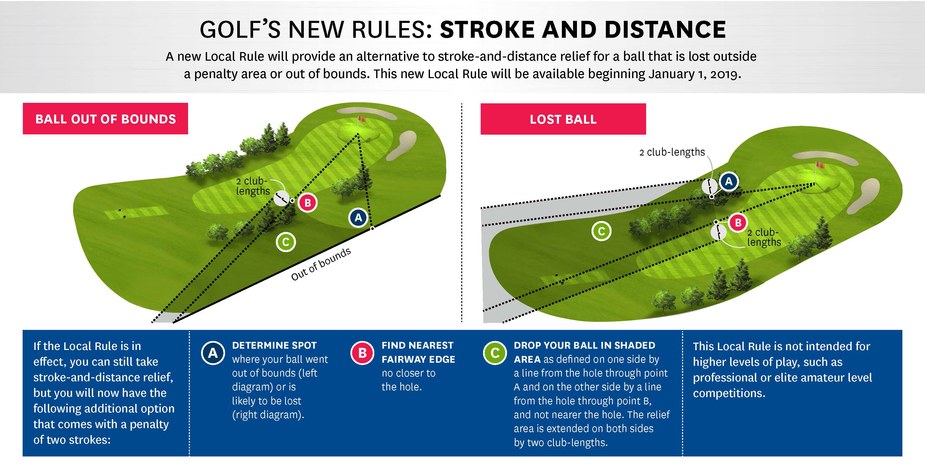 As Jan. 1 approaches, it’s time to consider what New Year’s…

The season's first major has finally arrived, and if it's as good as…

For golf fans, the phrase “it’s the most wonderful time of the year”…